The Blade and Soul user interface, or UI, is composed of every visible elements and menus the player can see and interact with to complete tasks. The user interface is highly customizable. In fact, the player can move any part of the UI to where he or she feels like it belongs to. The UI can be modified at any point in time while playing. To open the UI Customization window, the player can press [SHIFT] + [F1]. Another method can be to hit the ESC key and select the "Customize UI" option in the bottom-right window that will pop up.

The inventory is the player's primary storage and item management tool. It is accessed by pressing the

The inventory consist of 3 main parts:

The inventory can be expanded to hold a maximum of 88 different items, each using a slot.

The mini-map appears on a player's screen. By default, it shows the immediate area a player is in. 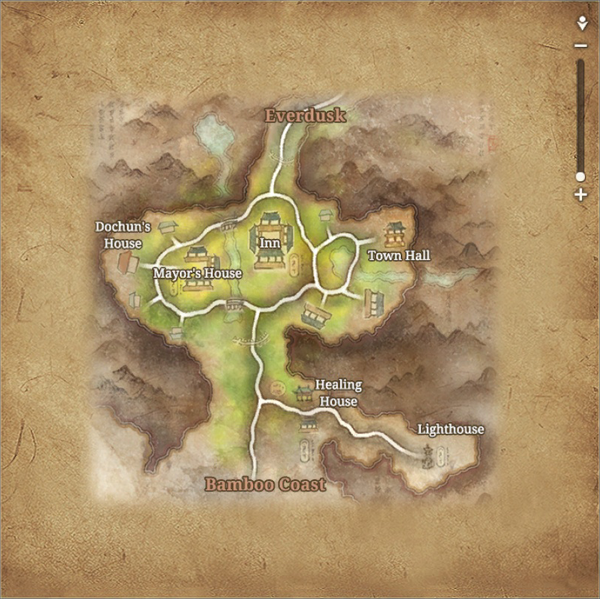 The mini-map can be scrolled through just like the normal map. There are waypoints on the map, depicted as a green spiral, that can be access for quick travel. Teleporting takes 10 seconds to cast. 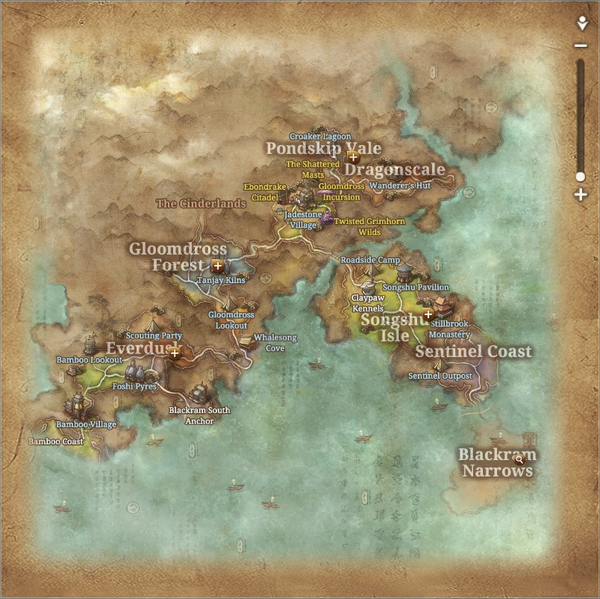 When the mini-map is not selected, it fades out as to not obstruct gameplay. Pressing the N key will allow the user to toggle between a solid or transparent background. 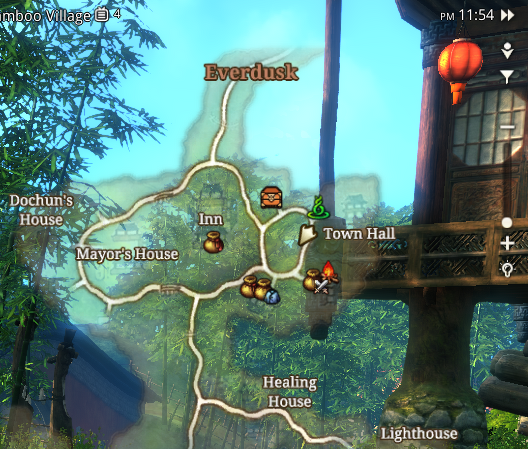 While in a party, note that you can use the right mouse button to draw directly on the mini-map to direct attention or give directions.

key or clicking the corresponding symbol.
It features the following shortcuts:

Depending on your location and ability to access certain functions, some shortcuts may not be available.

Also another window pops up which gives you access to even more features that are split into two categories such as:

The buttons can vary depending on your area. In Whirlwind Valley for example, another

Exit button is shown, but can't be pressed.