Each Region contains multiple locations and dungeons. A dungeon is usually accompanied with a Dragonspire. Locations may be Villages, Mills, Posts, Camps, Tradeposts and so on, and will usually have its own Windstride. 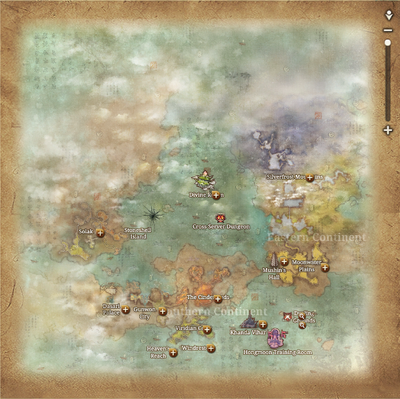 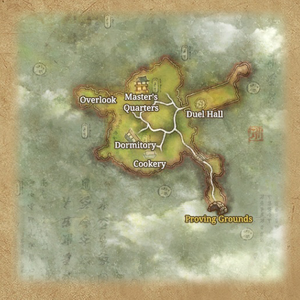 Located somewhat south of the Southern Continent. This is where the tutorial happens. 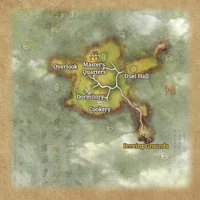 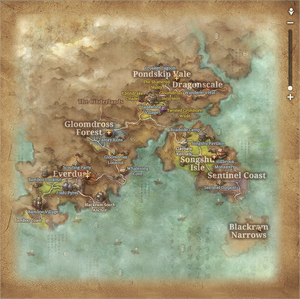 Southern part of the Southern Continent. 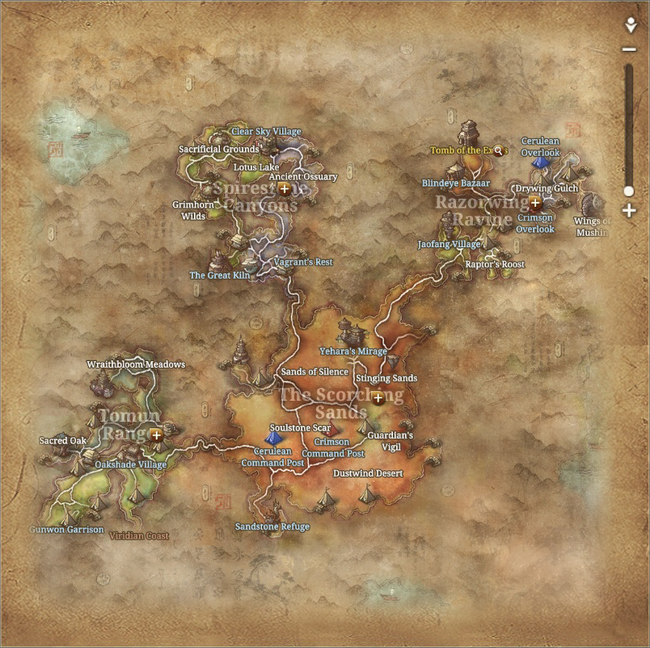 On the Southern Continent, north of Viridian Coast 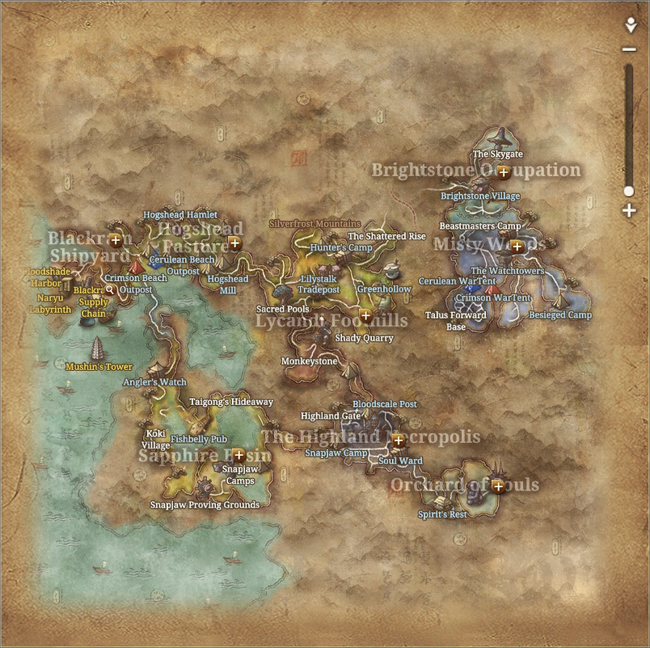 Southern part of the Eastern Continent.

The Highland Necropolis and Orchard of Souls[edit | edit source]

Press F8 to connect. Pair up with other players from other server to challenge variety of dungeons.

Press F9 to connect. Spar with friends in private lobbies, or fight against other players in 1v1 or 3v3 in Seasonal Tournaments.