The Stutter that one often encounters in the game also comes from the bad way the UI is implemented, as ist seems to interrupt any visual generation when it updates. This can be easily seen by opening the inventory and hovering over items, which results in heavy stutter and massive drop in FPS. As this happens with many other types of UI updates, the one way to reduce stutter is to deactivate as much of the UI overlay as possible. A faster CPU or a higher priority for the client.exe can also help greatly. 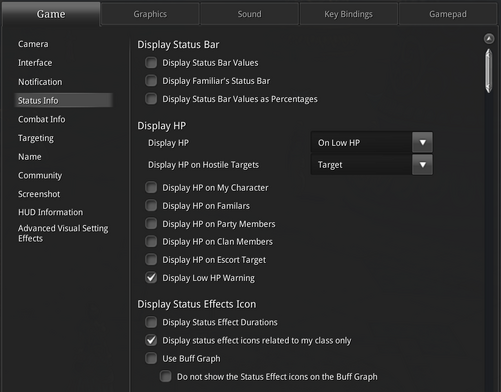 Completely disabling the HP Bar overlys can help reduce stutter if you can play without them. If you now hide other players with Ctrl+F though, you will not be able to tell where they are at all without looking at you minimap, which can be a problem for some Dungeon Mechanics.

Another potential way to reduce stutter is to disable the quest update options and stop tracking them in the quest log. 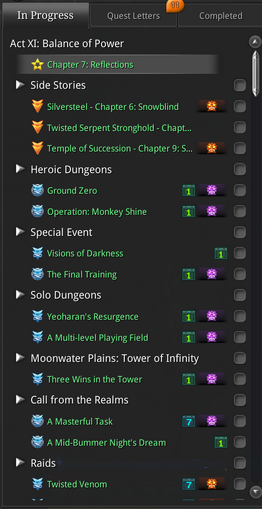 This obviously complicates the collection of quest rewards, but not very much, since Dynamic Quests are still diplayed and other quests can be collected by pressing J and activating the tracking for the quest you wish to collect. 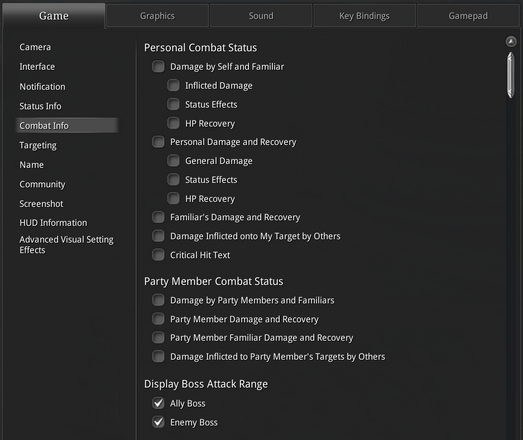 Disabling most of the unecessary Combat Info can also help and also has the benefit of reducing the cluttering of the screen. 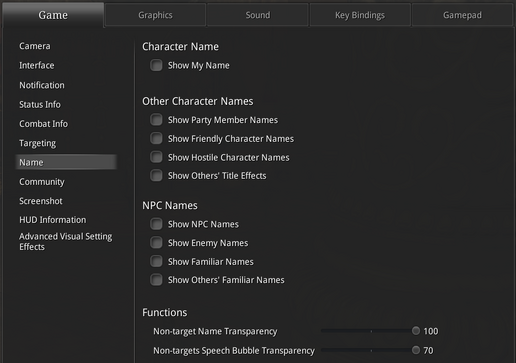 Disabling the Name overlays can also help, though disabling the NPC names is only advised for those who know their NPCs. 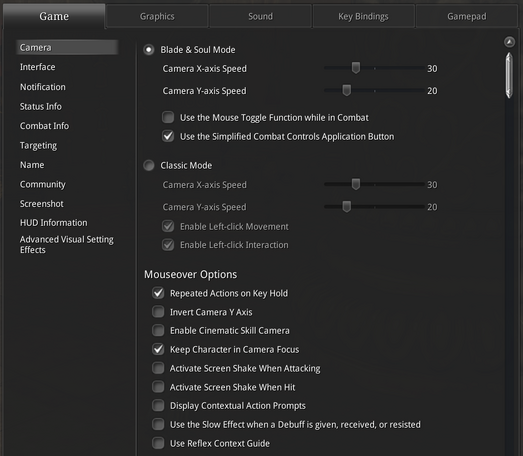 To set the client.exe to a higher priority BnSBuddy is recommended, as the priority can reset in-game and would need to best every time the game is started. It also offers many other options to tweak and simplify a variety of aspects of the game.