The Hall of Ogong is a dungeon located in the Moonwater Plains.

At the start of the dungeon, you will meet a bunch of monkey enemies. Get one of your teammates to draw all of their aggro and clump them together, then defeat them all with area of effect spells.

Proceed and meet with Wukiho in the next room. Once you defeat him and his tiger adds, proceed to the next hall.

Defeat this set of monkeys as you did with the one before, then meet Wuluho in the next room. This miniboss behaves similar to Wukiho but spawns multiple copies of himself that don't have much health but explode on contact.

Once he's defeated, move on and meet with Ogong.

Ogong is not hard to defeat. He has very clear attack patterns and both his yellow and red attacks are slow and easily dodged. However, if you get caught in his red AoE, you can easily die if you're around lv40 as it does a lot of damage.

Each time Ogong loses 25% of her health, he spawns a magic cloud and flies up while becoming invulnerable. To get him back down, you must defeat a clone that he spawns which has about 10% of Ogongs maximum health. During this time, Ogong throws down lightning bolts that do a lot of damage.

If you're a high level Assassin and want to solo this dungeon, remember to unstealth before you land the final blow on Ogong's clone, or else Ogong will regenerate to full health as he comes down.

The Hall of Ogong is, alongside The Pigsty, the Brightstone Ruins and the Skittering Tunnels one of the four dungeons needing to be completed to have access to Poharan's Blackram Supply Chain. 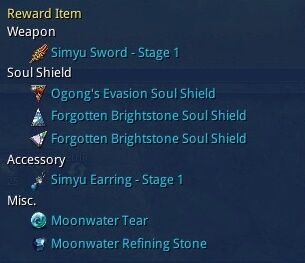