Lately, the Realms of the world have started to converge, causing more and more places of the Divine Realm to become corrupted. One of these places is the Halcyon Hills: a natural orchard managed by Sundo for three thousand blissful years. The hills are the only place where the Halcyon trees can grow, trees that bear the Divine Peaches.

With the corruption increasing, the tranquil estuaries that water this grove have turned wild and bitter, turning the roots and fruits of the orchards twisted. To make matters worse, a primal tribalism has infected the Halcyon Hills: a band of monkeys who never play by the rules. Having sieged the orchard to take the Divine Peaches for themselves, it's up to you to thwart these meddlesome monkeys and restore order to the Divine Realm. 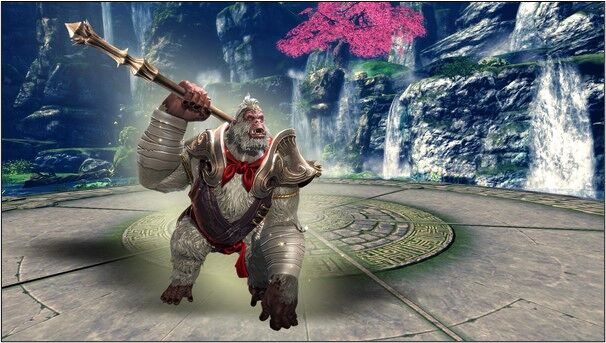 Wonkey Gong guards the lake of the Halcyon Hills with a breathtakingly powerful Thunder Cloud.

This pattern will continue until the boss is dead. Once the boss is dead, each nearby character will be filled with power from the Divine Peach, making you light on your feet for 5 minutes 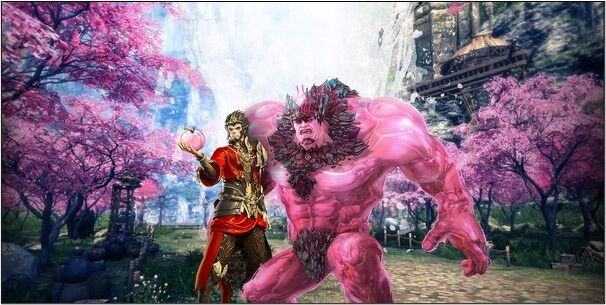 Jaechun, leader of the Wukong Gang, is filled with power from the nourishment of the Divine Peach.

In both Easy Mode & Hard Mode difficulty, most parties circumvent the mechanics by using a Hongmoon Instant Revival Charm, followed by an Instant Mass Revival Charm to revive other party members. As such, learning the mechanics are mainly needed for Dungeon Challenge.

I would also like to preface this by mentioning that the mechanics are not too difficult to perform once understood, however understanding them purely by text can prove difficult. Please view other people’s gameplay videos of the mechanics in addition to reading this guide to understand the mechanics properly.

After this, the mechanics will essentially repeat but with the new Jelly Drop target and the next Watched targets.

The Guide was originally written by Azaethal (EU) as a Google Doc and spread via plattforms like Reddit, with contributions from Shiro Kuroba (EU), Alisa (EU), Reveluvv (EU) and Lunaclea (EU).