Gubong is one of Jinsoyun's followers, aiding her in battle with his mighty axe. Unlike Jinsoyun's other followers, he is of very few words, choosing to beat down his enemies through sheer size and force. He is a boss that can be defeated as a daily quest in the Blackram Narrows.

Gubong hails from Clear Sky Village during the height of the Stratus Empire. He was a talented and powerful warrior, the pride of his village, who eventually went on to join the Stratus Army. His garnered the respect of his soldiers with his might and rose to the rank of Lieutenant General. He served as one of General Yunma Kahn's most trusted officials and fought alongside Royal Bodyguard Dochun. When Ebondrake Assassins attempted to take Empress Namsolyn's infant child, Sup Soyoo, he assisted Dochun and Yunma Kahn in driving off the attackers.

Despite being a respectable man, he rose too quickly in rank and power. He also made friends with the wrong people who eventually had him executed for treason. Even so, the Clear Sky villagers erected a statue of him at the front of the village in his honor. Muyong had his Will entrusted to a fellow soldier named Chulu, who had hidden it away within the statue. When Colonel Yonkai took over Clear Sky Village, he tore the statue down and it lay in pieces.

Some time later, Jinsoyun revived the fallen soldier with Dark Chi to do her bidding. Having forgotten who he once was, he became a cruel, merciless man, killing any enemies that lay in Jinsoyun's path.

Gubong joined Jinsoyun and Yura in attacking Heaven's Reach to retrieve the Twilight's Edge. He killed Yungmuk before being called to assist Jinsoyun in attacking Master Hong. At some point, he infiltrated the Blackram Narrows to search for news of Namsoyoo's whereabouts, killing many Blackram members along the way. When the hero defeats Gubong, Dochun arrives and is surprised by how much the strange man resembles Gubong.

He isn't seen again until the third act, as Yunma Fei, Junghado, Dochun, and the hero make their daring escape from the Talus Dungeon. The hero and their friends discover a secret exit out of the prison, where they happen upon a strange prisoner in an iron mask. After freeing the man in the iron mask, the deranged Gubong enters to stop them from leaving. Gubong is about to land the final blow upon the hero when Dochun blocks his axe. The strange masked man begs Gubong to come to his senses and stop. Gubong smacks the man away, knocking off the iron mask, revealing the man to be the true emperor, Yunma Kahn. Recognizing him, Gubong's memories of his past return, causing him pain. Gubong flees the dungeon, clutching his head.

On the eve of the Divine Mandate Ritual, Gubong stands alongside Yunma Kahn, Dochun, and the rest of the resistance ready to fight for the capital. He assists Yunma Kahn, Yunma Fei, and the hero in battling the imposter emperor. His memories finally restored, he regrets all that he has done under Jinsoyun's control, but glad he is of assistance in the final hours. He explains how surprised he is when the hero continually comes back from near death despite all odds and suggests using it to the hero's advantage. He explains that Jinsoyun's motives stem all from revenge and urges the hero to head off to their destiny.

He mysteriously vanishes after Jinsoyun's defeat.

Dochun's Bamboo Guard discover him, badly wounded in the snow outside Northreach. Though the Ebondrake have been relatively quiet in Zaiwei for years, they have recently begun acting up again. He explains that the Ebondrake Cult is likely searching for Princess Namsoyoo as they have before. He figures that they must be under new leadership with the same questionable motives as before. He discovered them searching for Yura at the Sealed Palace. Despite not being allied with Yura anymore, he fears what the Ebondrake will do with her as a powerful demon assassin.

Despite being gravely wounded and the only one with inside information on the Ebondrake Cult, he mysteriously goes missing once again. 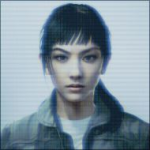