Chuanka Frost Caverns is a Challenging Dungeon Located in the right side of the Shiverstone Range in the Silverfrost Mountains.

Chuanka Frost Caverns is the Home of King Gizumo, a fierce Balrog which is leading a small group of Chuankas. It is filled with Chuankas guarding the entrance and blocking the path to their king. The Dynamic Quest requires you to defeat "King Gi Jumo" which is King Gizumo, boss of the dungeon. It rewards you with "King Gizumo´s Expired Treasure". The Daily Quest of Chuanka Frost Caverns requires you to free 3 Npcs which are trapped behind ice walls. Afterwards the quests objective changes to -Defeat King Gizumo. 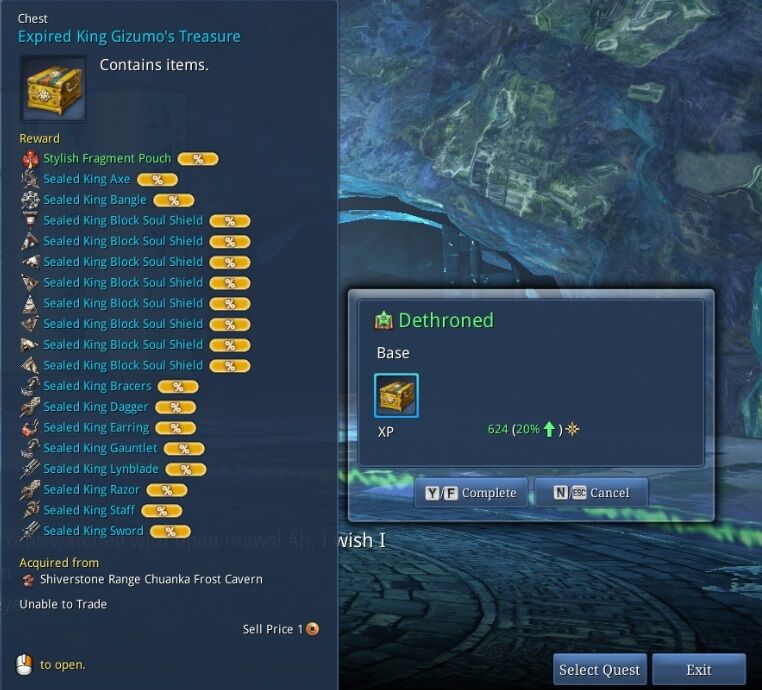